The 10 Greatest Christmas Songs of all Time

Christmas is the best time of year, and Christmas music plays a huge part in getting us all in the festive spirit. Many of us have our favourites, but some songs are almost universally popular and have become part of the global Christmas consciousness. This is a list of the 10 greatest Christmas songs of all time. Have a look to see if your favourite tune made the list! 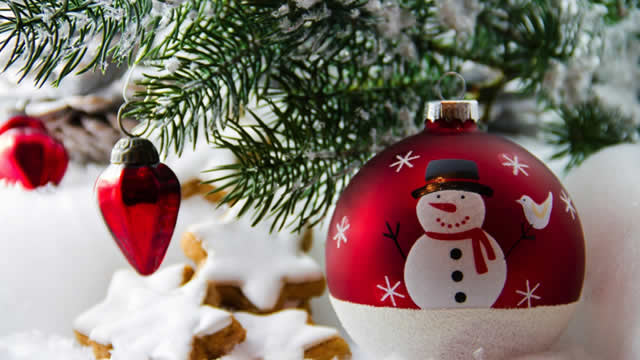 10) Have Yourself a Merry Little Christmas – Judy Garland/Frank Sinatra

It difficult to imagine Christmas without this song. It was written in 1944 by Hugh Martin and Ralph Blane and it was first sung by Judy Garland in the film Meet Me in St. Louis. The song was a huge success and was later recorded by Frank Sinatra, with a few modified lyrics. Both versions are beautiful, and we didn’t want to decide which is better, so they’re both sharing the number-10 spot!

This bright, cheerful festive tune is one of the few Christmas songs from any of the Beatles to stand the test of time. Written in 1979,Wonderful Christmastime, by Paul McCartney got to No.6 in the UK charts and has appeared on numerous charts over the years. It’s hard to picture the run-up to Christmas without Wonderful Christmastime playing on the radio!

Last Christmas, by Wham was brought out in 1984 and narrowly missed the much-coveted Christmas-Number-One spot to Band Aid’s Do They Know It’s Christmas? Wham! Also played a big part in the Band Aid song and they donated all of the profits from Last Christmas to the Ethiopian famine cause. In the subsequent years, Last Christmas has been one of the most successful Christmas songs ever, reaching No.2 the year after it was released, No.6 the year after that, and in the top twenty numerous other times. In 2016, Last Christmas reached No.7 in the UK Singles Chart!

Yet another Christmas classic written in the 80s! Driving Home for Christmas, by Chris Rea, was released in 1986, but it performed better in the UK charts two years later. Sometimes it just takes a little time for a Christmas song to seep into the national consciousness! Interestingly, Driving Home for Christmas actually reached its highest ever point in the charts in 2016! This song has a smooth, jazzy tone that sets it apart from many other classic Christmas songs, and its topic really hits home for anyone who lives or works away from home and has to make their way home every Christmas.

Let it Snow (also called ‘Let it Snow! Let it Snow! Let it Snow!’) was originally written by lyricist Sammy Cahn and composer Jule Styne in 1945, but its various covers over the years are much more well known. We have both the Dean Martin and Frank Sinatra versions of the song, but the Ella Fitzgerald (1960) and Rod Stewart (2012) covers are also great. Interestingly, Let it Snow makes no explicit reference to Christmas… But anything with snow in it is fair game and many of us only play this song around Christmastime!

Santa Claus is Comin’ to Town was originally written by Haven Gillespie and John Frederick Coots in 1934. The song was an instant hit, with over 30,000 copies of the record sold in the first day alone! For modern listeners, there are a few more famous covers of Santa Claus is Coming to Town, with The Jackson 5 and Bruce Springsteen topping the list!


3) All I Want for Christmas – Mariah Carey

All I Want for Christmas, by Mariah Carey was released in 1994 as part of Carey’s fourth studio album. The single was an instant success, both with fans and music critics. Stylus Magazine’s Barry Schwartz said, “To say this song is an instant classic somehow doesn't capture its amazingicity; it's a modern standard: joyous, exhilarating, loud, with even a hint of longing.” Mariah Carey’s incredible vocals make this song very difficult for just anyone to cover, but it doesn’t stop us from singing along, out of tune, to this amazing Christmas song!

2) Fairytail of New York – The Pogues

With so much Christmas cheer around this time of year, The Pogue’s and Kirsty MacColl’s Fairytale of New York strikes a slightly different chord, tapping into a sense of nostalgia and melancholy. The song is a duet between a man and women and is sung by The Pogues’ Shane MacGowan and Kirsty MacColl. MacColl’s beautiful, crisp voice contrasts wonderfully against Macowan’s ragged, world-weary voice. This song deals with such complex themes, but the beautiful Celtic music and upbeat chorus bring it to life and leave the listeners in a good mood by the end. This song was released in 1987 and it got to No.2 in the UK charts, so it’s fitting that it made it to the No.2 position on Santa Radio!

White Christmas was released by Irving Berlin in 1942. Berlin often stayed up all night writing and he was supposed to have called his secretary in one morning and said, “Grab your pen and take down this song. I just wrote the best song I've ever written—heck, I just wrote the best song that anybody's ever written!” Berlin might actually be right, as the more famous Bing Crosby cover of White Christmas is actually the world’s best-selling single, with over 100 million sales across the world. The soft music and wistful lyrics seem to capture Christmas perfectly, and Crosby’s velvety voice is a perfect fit with the song!